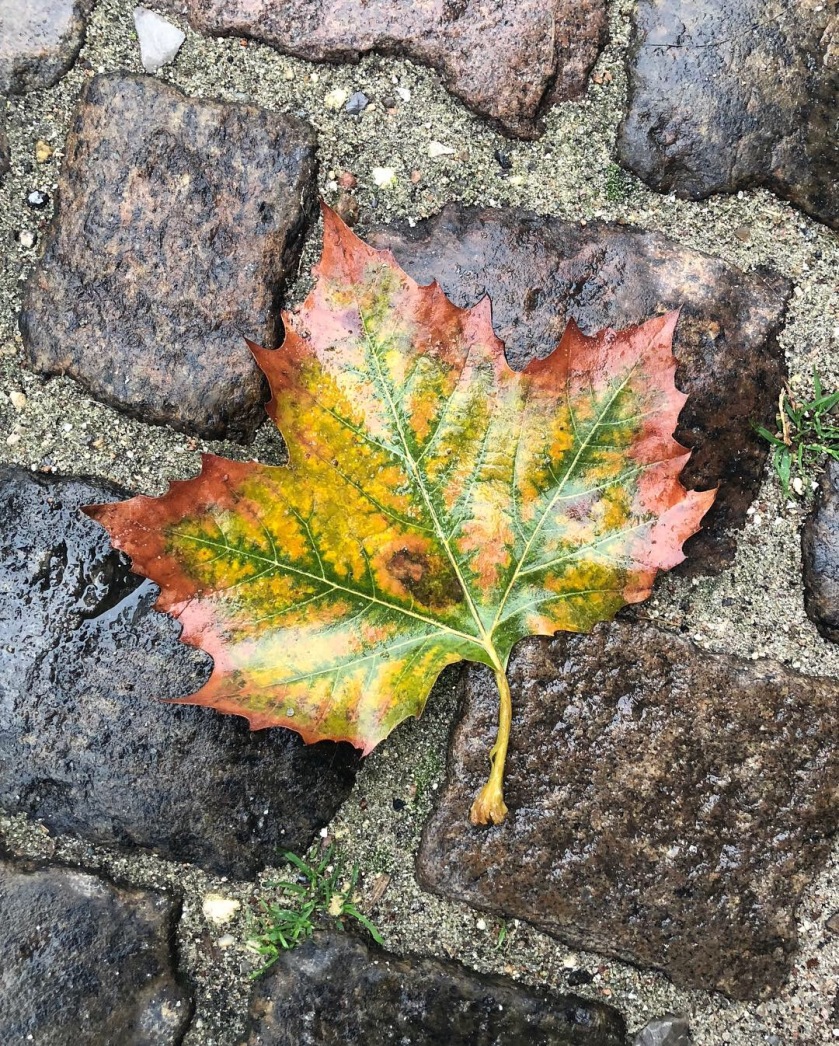 Once we arrived home after October break it was clear that the embers of autumn have fallen and stitched together an ash ridden sky. The cold fingers of the season have tightened their grip on our sunlight nearly stealing it from our sky. It would be easy to fall into a hibernation, lock oneself into their cozy apartment with some tea and write off the world. That isn’t for me though so as soon as autumn fell I have taken flight and the first destination off my list was, Copenhagen.

Butterflies came to life inside my stomach as the plane landed upon the Scandinavian soil.  Their wings subsided as soon as I felt a familiar embrace, swaying on the metro through unfamiliar territory with nothing but a jacket to hold on to we found our way to the riverside scouting addresses the door that dawned the number of our weekend home. 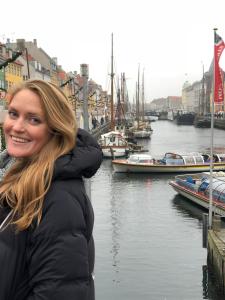 The night was cloaked in darkness and the air was heavy with cold but a late night stroll along the coloured streets brought life and laughter. Winding our way to the main street I was in absolute awe of the picturesque view in front of my eyes with candy coated doorways and houses painted the colour of a summer’s dress. The river was sprinkled with sleeping boats and glistening water that winked at us as we passed by. Turning the corner onto the main stretch my hands squeezed tight and my smile opened wide as excitement overflowed my veins because twinkling lights  reflected in my eyes as wreaths hung from the sky.  I wasn’t expecting it but there it was a teeny tiny Christmas market that closed it’s eyes for the evening, I couldn’t have been more enthused. 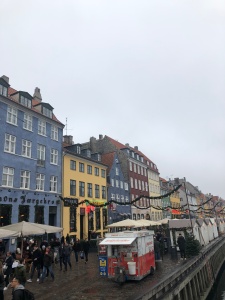 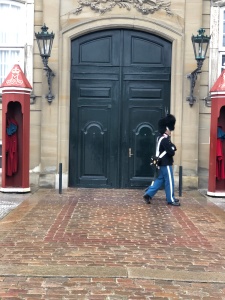 A sign for live music called our names and we slinked into the doorway to have music wrap us with its beats and songs bouncing through the airwaves. There were people young and old sitting in stools and dancing on tables holding cups splashing beer into the atmosphere. I was wrapped up in a scene that seemed straight from a movie, standing at the bar swaddling a glass of mulled wine in my hands my heart felt full. Our Friday night out came to a close when a man tossed his broken glass towards the bartender leaving us with a near death experience, we decided it was about high time we wandered back to the loft. 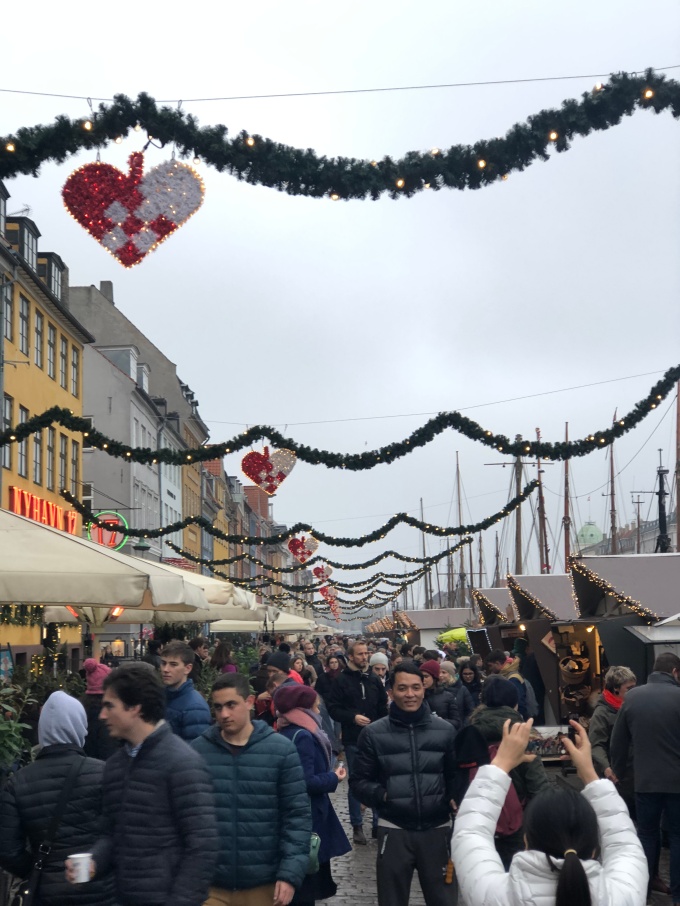 Saturday morning was upon our shoulders and wrapped itself warmly around us. Strutting down vibrantly colorful streets I was busy snapping pictures of abandoned pumpkins, benches that were practically begging for notability we strolled through a park and I found a tree with red berries that shed tears from the morning dew. Winding through the park it was impossible for my imagination to stop dressing the skeleton trees in their springtime green. Bare boned as they were, they still struck me as beautiful. We wound up a tower, watched people make a splash in front of the mermaid, and marveled at the glints of Christmas coming from all corners in the form of sparkling lights, mulled wine and hanging wreaths. 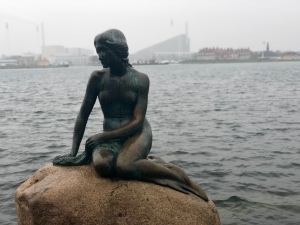 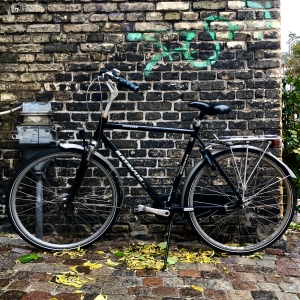 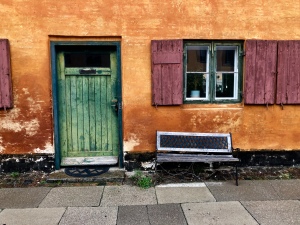 There’s this neighborhood in Copenhagen where one can partake in certain activities a bit more freely than in other places in the world. It’s infamously notorious for it’s eccentric vibes but if anyone has ever wandered it’s grounds on a winter day they know how ghosts of summers pasts are living in this area. It’s barren during the winter, an off season carnival filled with flamboyant colors but an eerie sense of abandonment. 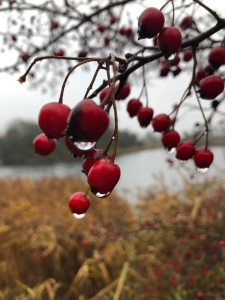 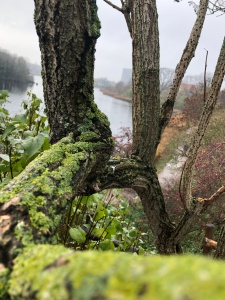 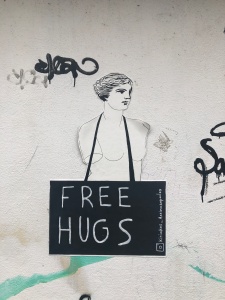 Sunday morning we stumbled across a bakery where we had a delicious breakfast of fresh made bread and scrumptious salted caramel cake that melted in your mouth. The afternoon was spent on the longest journey to the brewery where we took a trip down memory lane tindering an appetite for a tasting tour where we sipped on Christmas beer, classic Danish beer and other sorts I cannot recall. Afterwards we sipped some suds with newlyfound friends until the night aged and called for us to come home. Hopping on the steamy metro we wizzed back to the loft and watched our weekend fade from few… 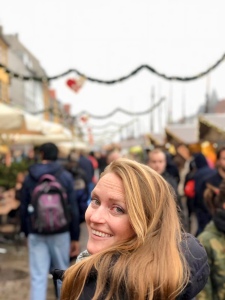