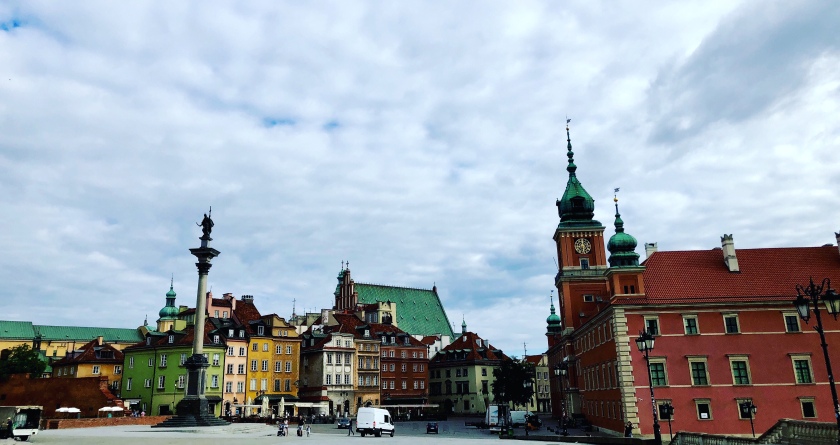 The time difference slapped me in the face with such vigor it seemed personal. California seemingly reached half way across the world to ensure I felt the pain of leaving her. And sure as shit I did. I was wildly unprepared to take on the heat that was swallowing Warsaw whole when I arrived. The air was thick with moisture, one nearly needed scuba mask in order to get from one place to another. If I wasn’t choking on Polish words you could guarantee yourself I was choking on the atmosphere that caused beads of water to cling to my skin like sequins.

The weekend was coming and I was a warrior that was refusing to let this jet lag bury me alive. I reached out to the one human I knew in the entire country and sure enough I found myself greeted with a familiar face within the first 72 hours of my arrival. Cam scooped me up at my apartment (that I just acquired the keys to) and taught me how to get to the City Centre using public transit.

My eyes could not properly process the European architecture that started to occupy  the bus windows. I was quite simply awestruck. Starting at the City Centre we wandered towards Old Town, which is made of bricks from other cities ruins from around Poland (the Germans took most bricks from Warsaw to use as building materials) and was all designed based off 17th – 19th century paintings of the city and its landscape.

There I was standing on ground that was not so long ago ruins, drenched with blood and defeat you could almost hear the echoes of voices as you see memorials of the Uprising lining the walkways. Painted white footsteps escaping from a sewer towards towering memorials as history kept unfolding in front of my eyes. Newly found benches that play Chopin at the touch of a button are scattered throughout the city providing a lovely melody as I was effortlessly swimming in airwaves that were filled with a foreign tongue and standing in the midst of a painted reality. 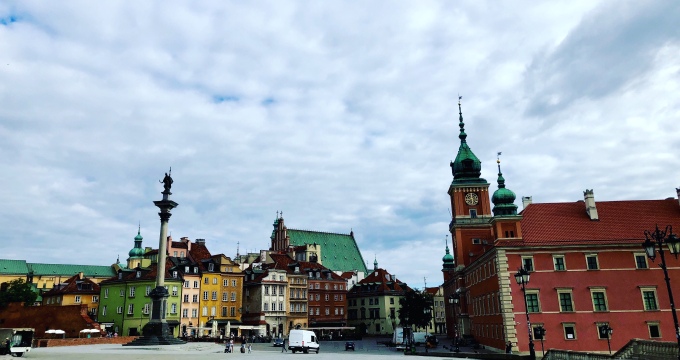 After skipping along throughout city learning more history then my buzzed brain was able to retain we eventually settled into an alleyway that was tucked between buildings and patios decorated any open spaces with strings of lights shining like stars over my head with a Szarltka in my hand. Our words twisted through the air dusting the time off the pages of youthful days under the California sun, spinning and spilling memories alongside cobblestoned pathways until the sun began to paint its self azure with morning light and it was time to wander back home. 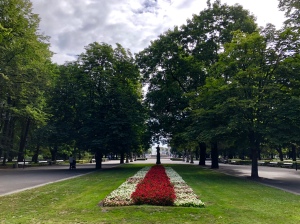 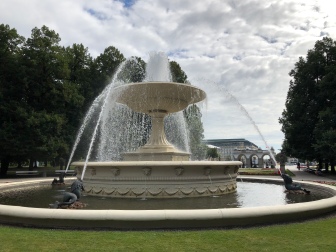 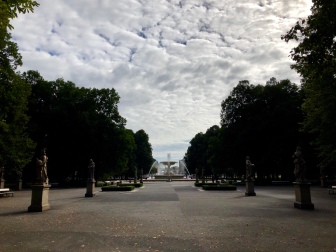