I waited for February 1st, like a child waits for Christmas Day.  There were six of us, scattered across the Continental U.S. that were phoning in and refreshing our pages in hopes of landing a reservation. I didn’t think it would happen, these are hard permits to obtain but then it did. At 8:07 the dream began to unfold, Easter weekend we were booked and the planning, obsessing and fantasizing kicked into full gear.

Never before had I backpacked out to camp, but it couldn’t be that hard. I mean backpacking to camp, backpacking to travel same, same? But, totally different. I have read Wild, I will be fiiiine. However, my hiking shoes were permanently scarred after slugging through cloud forests and sliding down mountainsides so I needed new shoes, and water shoes. Definitely don’t have a tent, or stove to make food, or any real desire to eat astronaut food. Ain’t no thang.

The months prior to our expedition I became a woman possessed. I would read everyone’s reviews of Havasupai on Facebook, I would google where to stay the night before, and dream in technicolor about the falls. As the time came nearer our group started slowly piecing the puzzle together and naturally I was lagging behind. When I arrived in Phoenix, I had four yoga pants and one dinner (because logic). This was a problem, but nothing a trip to REI couldn’t fix.

Thursday melted into Friday and our team slowly dropped into Phoenix. We hopped around town tying up our loose ends which included: renting poles, a last minute trip to REI, a Walmart water stock up and a ol’ fashioned Good Friday Church cameo. On our car ride out to Kingman we verbalized our goals for the weekend. Staying present and challenging ourselves to have no regrets were my favorites. I was nervous, my stomach was filled with bees buzzing with eagerness. I had just been sick for about 10 days so I wasn’t as in shape as I wanted to be. I could still feel the sickness in my chest, could I really do this?

We woke up at 1:00 in the morning, peeling our eyes open and wearing our excitement like clothing. The anticipation within me grew as quickly as a lie. Our car clung to the road beneath us and the stars watched our headlights pierce through the night sky. Everyone was hyper-aware for animals, jack-rabbits darted across the road as screams escaped out of Andy’s mouth deafening my left ear and causing Katie to damn near jump out of her skin. We met up with the other two girls at the County Road 18 that would spit us out onto the hilltop.

It was just before 5:00 when we arrived and started spilling out of cars throwing our packs on and strapping ourselves in. It was at that moment I realized that my chest strap broke. Almost instantaneously all the weight on my back was now stabbing into my shoulders. Approaching the trail head we dove straight down into the switchbacks that hurled us towards the canyon floor. My shoulders were screaming an hour into the trip with a headlamp that went kaput steps into the first switch back, it  was a rough start. It could have been worse because as luck would have it Greg packed a belt that hushed my shoulder’s screams into a whisper and Katie’s bright light became my beacon as the sun crept into the sky drenching the canyon walls with a picturesque glow. 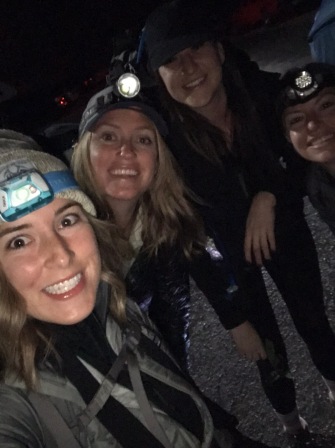 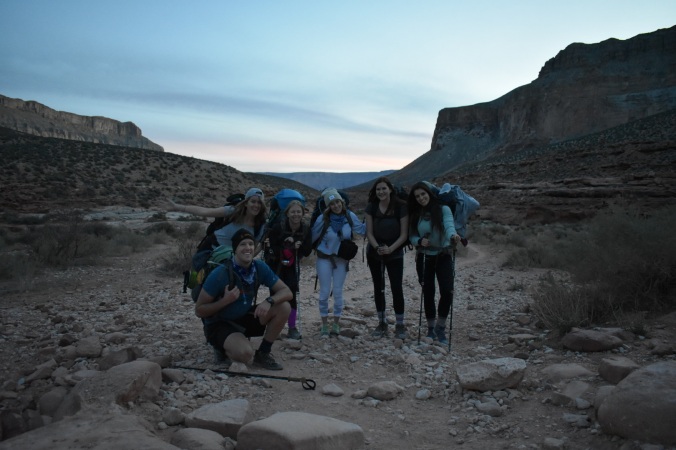 For the next few hours we would trip over rocks, walk through loose sand and marvel at the canyon walls that were coming alive with the sun’s rays. Any sign we saw that pointed us towards the Village was met with enthusiasm, pictures were snapped and hours dragged on as the heat began to warm my bones. Once we passed through 10 miles of painted walls and tear stained red rocks that seemingly defied gravity we landed in the Village. Filling our tummies with fry bread, stretching out the miles in our rearview and obtaining our permits we allowed a good amount of time to melt away. 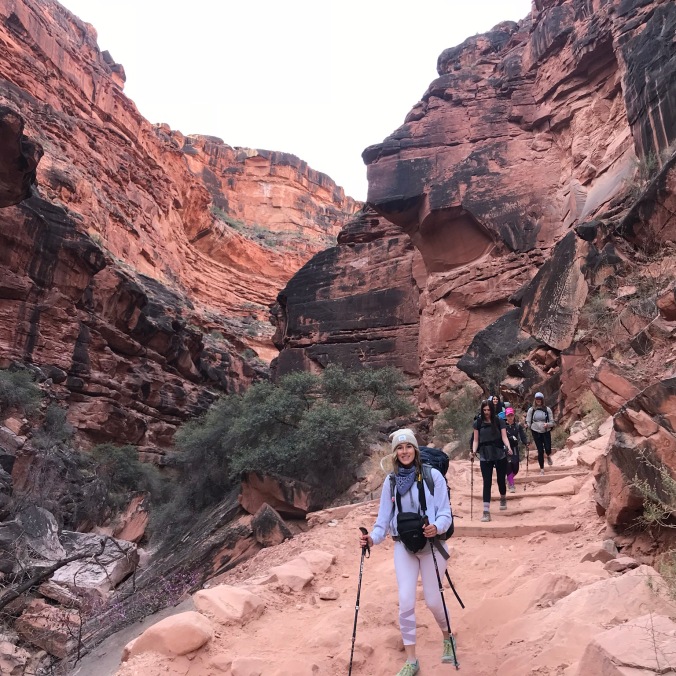 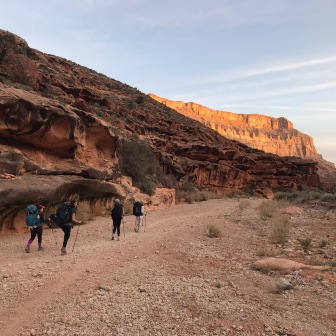 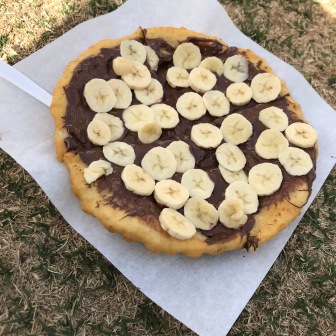 Exhaustion started creeping in, I was tired and my body could feel it all rushing through my veins. My feet were full of lead as I drugged down the hill but all the sudden to my left I saw pools of water that looked as if agate and turquoise slabs were stitched together by a ribbon of crystal clear water. Elation poured over my soul and overpowered the exhaustive state I was in filling the fatigue that was etched into my eyes with an overwhelming sense of wonder. A mile later I could hear it, my feet picked up pace, I noticed everyone had a camera out, I came around the corner and thats when I saw it for the first time. “Holy shit” was all that could leave my mouth as my eyes widened trying to take in the immense beauty before me. It was simply marvelous. 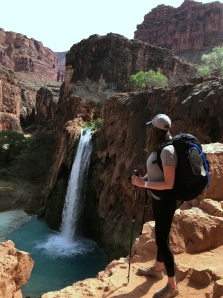 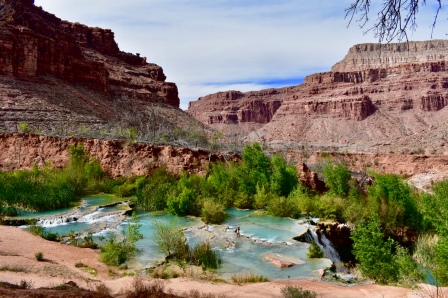